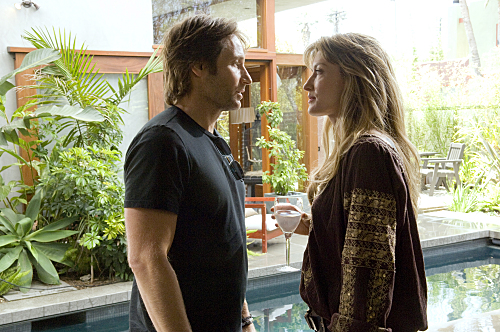 I have a post up on my other blog, Bad Pacino, about the first season of the Showtime series.

As the credit crunch has struck markets worldwide, one lingering question has been how the turmoil will affect China’s burgeoning economy. Tuesday evening in New York, Treasury Secretary Henry Paulson spoke about China’s economic health and addressed its relationship with the United States in a speech to the National Committee on U.S.-China Relations. 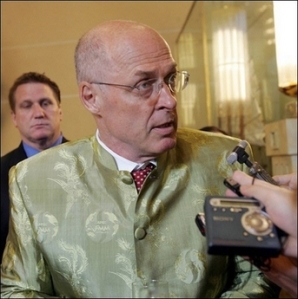 I really have no idea what he is wearing here.

It’s clear that from Paulson’s perspective, the strength of the Chinese economy can serve as a buffer against the chaos in the American and European markets.

“While some see China as a threat that must be countered or contained, I believe that the only path to success with China is through engagement,” Paulson said. “We must recognize that China’s growth is an opportunity for U.S. companies and consumers, for our producers, exporters and investors. A stable, prosperous and peaceful China is in the best interest of the Chinese people, the American people and the rest of the world.”

The full transcript of Paulson’s remarks can be found after the jump.

END_OF_DOCUMENT_TOKEN_TO_BE_REPLACED 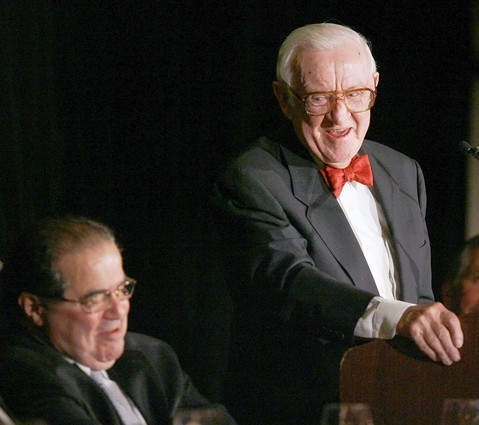 Here’s an article that was published this week in the Tribune about Justice John Paul Stevens.

That’s the concept. Hello Larry and Justice Stevens, side by side. Hello Internet phenomenon.

As South Siders go, they could scarcely be more different.

One born and bred in the city of Chicago, whose roots reach so deep that he attended the 1932 World Series at Wrigley Field, and his family once owned the downtown hotel now known as the Hilton and Towers. The other a relative transplant, a product of Kenya and Kansas, Indonesia and Hawaii, who has become the city’s adopted son.

But it’s entirely possible that Justice John Paul Stevens‘ future could be linked to that of Sen. Barack Obama. If Obama wins the presidency next month, the 88-year-old Stevens, who has served on the Supreme Court for more than 30 years, could finally retire and allow Obama to choose his successor.

If that should occur, Stevens’ long tenure on the high court would be book-ended by two transformative moments in American history. He was named to the court following the Watergate scandal that forced Richard Nixon from office. And he would leave after the election of the first African-American president.

His departure would also offer Obama the opportunity to slow, if not reverse, the court’s conservative drift by replacing an aging member of the court’s liberal wing with a fresh face poised to do battle with such justices as John Roberts and Samuel Alito.

Read the rest at ChicagoTribune.com.

What can we do to make this sitcom a little different?

I’ve read where Hello Larry has been described as an Internet “phenomenon.” One of the things the net has done has really cheapened that word.

Anyway, I am old enough to remember this show and it was no phenomenon. It was, instead, McLean Stevenson’s second attempt to prove to the world that he made the right decision leaving M*A*S*H, an endeavor that was doomed to failure. So doomed that not even the presence of the adorable Kim Richards could save it.

1) They are re-making Escape to Witch Mountain.

2) She is, shockingly, Paris Hilton’s aunt.

Anyway, watch the Season 2 open for Hello Larry. After an undistinguished first season, the show’s producers were obviously scratching their heads wondering how to make give their standard-issue sitcom some buzz. If you make it to the end of the clip, I think you’ll agree that they succeeded. They also ensured there would be no third season.

Hell, if John McCain can do it a couple of dozen times, why can’t I?

We’re going to give this thing another shot. We’ve had our forensic folks pore over the bare bones of the first incarnation of this blog and they’ve given us a fairly damning report of why it has failed to rock Technorati and otherwise bring the Internet to its virtual knees.

For one thing, I sort of, along the way, well, stopped doing it, which pretty much alienated the seven people who had bookmarked it in the first place.

For another, you know, there are a zillion legal blogs. There’s a zillion blogs of every kind. For instance handmade artificial flowers. And that is not a band name. Although it’s not bad.

The other point is that I think I have come to terms that I ain’t Linda Greenhouse. And if you know what I mean, then you know what I mean. Which is not to say I don’t love and appreciate the law. I do. I’ve been around it my whole life. I’ve spent most of my career either practicing it or writing about it. I’ve just never been particularly good at sounding like I’m walking down the side of a mountain with a tablet in my hand.

For example, I doubt very much Linda Greenhouse would post the theme song to Hello Larry. Which I’m going to do in about two minutes.

So the idea is to relax, to post things that interest me. That’s what blogs are right, about a community of the self-interested, people hoping to find common ground. That’s the hope.

At any rate, the traffic can only go up.

Here is a response from the office of Sen. Patrick Leahy (D-Vt.), the chairman of the Senate Judiciary Committee, to President Bush’s speech today on judges.

The balance on our nation’s federal courts is precarious, with seven out of the nine Supreme Court Justices and 60 percent of all Federal judges appointed by Republican Presidents.  The impact of President Bush’s appointments is being harshly felt by ordinary Americans who are being denied their day in court and denied the protection that federal and state laws designed to help them were intended to provide. We cannot afford more of the same if Americans’ rights and liberties are to be preserved. Just as the Bush administration placed partisan politics ahead of sound law enforcement at the Department of Justice, it has elevated its partisan political agenda over the rule of law in its appointments to our federal courts.

During the Bush-Cheney administration, the Supreme Court has been siding with big corporations at the expense of workers, consumers, injured Americans and investors.  Recent decisions by the Supreme Court, like Ledbetter, Exxon, and Riegel have left countless Americans without redress for corporate misconduct.  Justices Scalia and Thomas, along with the Bush appointees, have been on the wrong side of these decisions.  Their shielding of big business from accountability has contributed to the corruption and greed that is requiring massive taxpayer investments to shore up the shaky credit markets and financial institutions. END_OF_DOCUMENT_TOKEN_TO_BE_REPLACED

Writ Large
Create a free website or blog at WordPress.com.