‘The Soldier’ gets suspended 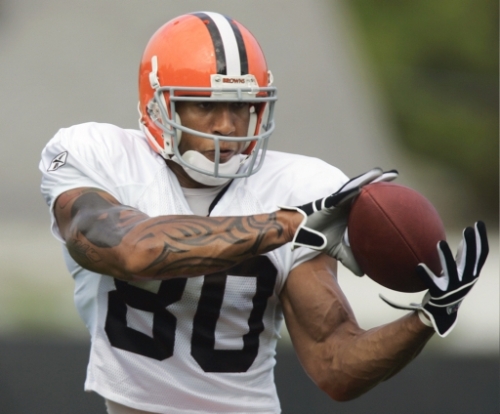 The Plain Dealer’s Bill Livingston has an insightful column about my favorite dysfunctional football team.

The suspension probably means the beginning of the end for Winslow here. The Browns probably would have only fined him, and not meted out a suspension, had they not played their only good game of the season against the Super Bowl champion New York Giants while Winslow was ill.

It seems, however, to be wishful thinking to believe Braylon Edwards will consistently catch the ball, Derek Anderson will consistently throw it with accuracy, and coach Romeo Crennel will get a consistent connection with reality about Anderson’s ability, not to mention a satisfactory grasp of clock management.

Frankly, Winslow has the heart of a lion, continually answering the bell on Sundays despite his many infirmities. He made the Pro Bowl last year after the most prolific season a Browns’ tight end ever had, and that includes Pro Football Hall of Famer Ozzie Newsome.

That should count for something, although no team can allow the comments he made to go unpunished.

Anyone who endured the Browns’ 14-11 loss to Washington on Sunday knows that right now, the fans are the one being punished.

Filed under All things Ohio